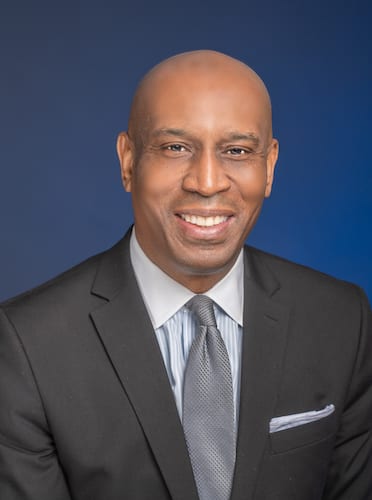 DEGC Board names Kevin Johnson as its new President and CEO

The Detroit Economic Growth Corporation’s Board of Directors announced today the selection of Kevin Johnson as the DEGC’s new president and CEO. Johnson leaves his position as Senior Vice President for Economic Development at Invest Atlanta, where he’s been since 2012. He is expected to start in his new role June 12, 2018.

“The DEGC Board oversaw a very targeted and deliberate search process that included local and national candidates with proven success in economic revitalization,” said Jerry Norcia, DEGC Board Chair, and DTE Energy president and COO. “Kevin will be supported by an already strong leadership team in place at the DEGC.”

Before coming to Detroit Johnson served in a variety of public and private economic-development positions throughout the U.S., including roles in Arizona, Florida and North Carolina.

“With Detroit’s economic revitalization gaining momentum, we need a leader at the DEGC that can land new investment that brings more jobs and opportunities for our citizens,” said Mayor Mike Duggan. “Kevin’s track record and experience in Atlanta make him a great fit for Detroit and I’m thrilled the DEGC Board has brought him on to lead their efforts.”

Norcia said that Johnson’s work at Invest Atlanta was a key factor in the Board’s selection for DEGC CEO. During Johnson’s tenure:

“There is no U.S. city more favorably positioned for economic growth than Detroit,” said Johnson. “The private and public sectors are completely focused on driving a new economy, and it’s attracting the attention of companies around the world. Leveraging its historic brand, Detroit is recreating itself as a place to live, work and play. I am thankful for the opportunity to be a part of Detroit’s limitless success.”

Johnson holds a Bachelor of Science degree in Political Science/Pre-Law from South Carolina State University. He earned his Certified Economic Developer designation from the International Economic Development Council, and has received numerous professional and community awards. Johnson currently lives in the Atlanta area with his wife and two children.

“What interests me about Kevin Johnson, besides his impeccable credentials, is his entrepreneurial mindset and energy,” said City Council President Brenda Jones. “Detroit will benefit from his enthusiasm and ability to attract exciting deals. Johnson’s role at the DEGC will be critical to bringing economic development to our neighborhoods and involving all Detroiters in this epic transformation.”

“We are thankful to Glen and the entire DEGC team for their remarkable leadership for more than a year,” said Norcia. “I am confident that with the addition of Kevin, DEGC will continue to grow the city’s economy and create new opportunities that allow all Detroiters to prosper.”