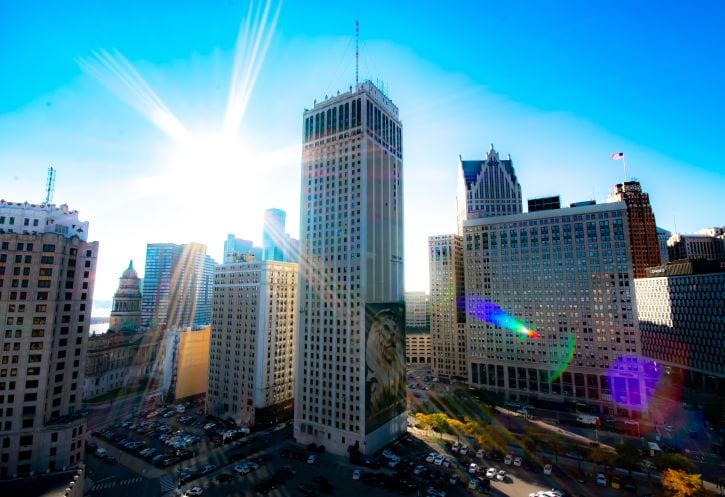 From Amanda Hanlin, Chief of Staff

We are pleased to announce the Detroit Economic Growth Corporation has recently been recognized by two national organizations for our excellence in economic development.Site Selection Magazine has named DEGC a Top Economic Development Group for 2019, awarding our organization the prestigious Mac Conway Award for Excellence in Economic Development. The award was founded by McKinley “Mac” Conway and recognizes the top local and regional economic development agencies in the U.S. for their roles in helping give hope to surrounding communities.According to Site Selection Magazine, this year’s winners were selected in part on corporate facility investment projects in U.S. metro areas, as tracked by Site Selection’s proprietary Conway Projects Database. Scores were awarded based on total projects, total investment associated with those projects, and jobs associated with those projects. Other criteria represent a per capita calculation of those same metrics.Additionally, DEGC President and CEO Kevin Johnson has been named one of the Top 50 Economic Developers of 2019 by Consultant Connect, a consulting agency designed to bridge the gap between economic developers and site consultants. “The list recognizing North America’s Top 50 Economic Developers is designed to acknowledge the hard work of the top leaders in this field and elevate the conversation around economic development and job creation,” said Ron Kitchens, managing partner, Consultant Connect. “Each of the leaders represented on this year’s list are beyond deserving of this recognition for their efforts in building our communities.”Kevin’s economic development colleagues and our national site consultant community nominated him for his innovative approach to economic development and success in further building Detroit’s development community. “The Detroit Economic Growth Corporation strives to help Detroit continue to grow and thrive, and I am very pleased to be a part of the city’s push toward greater opportunity and prosperity,” Kevin said. DEGC is proud that our CEO and our entire team were recognized for leading the way in securing successful new projects, investments and jobs on behalf of all Detroiters.To learn more about Consultant Connect, visit consultantconnect.org.To learn more about Site Selection magazine, visit siteselection.com.For more information on the DEGC, visit www.degc.org.