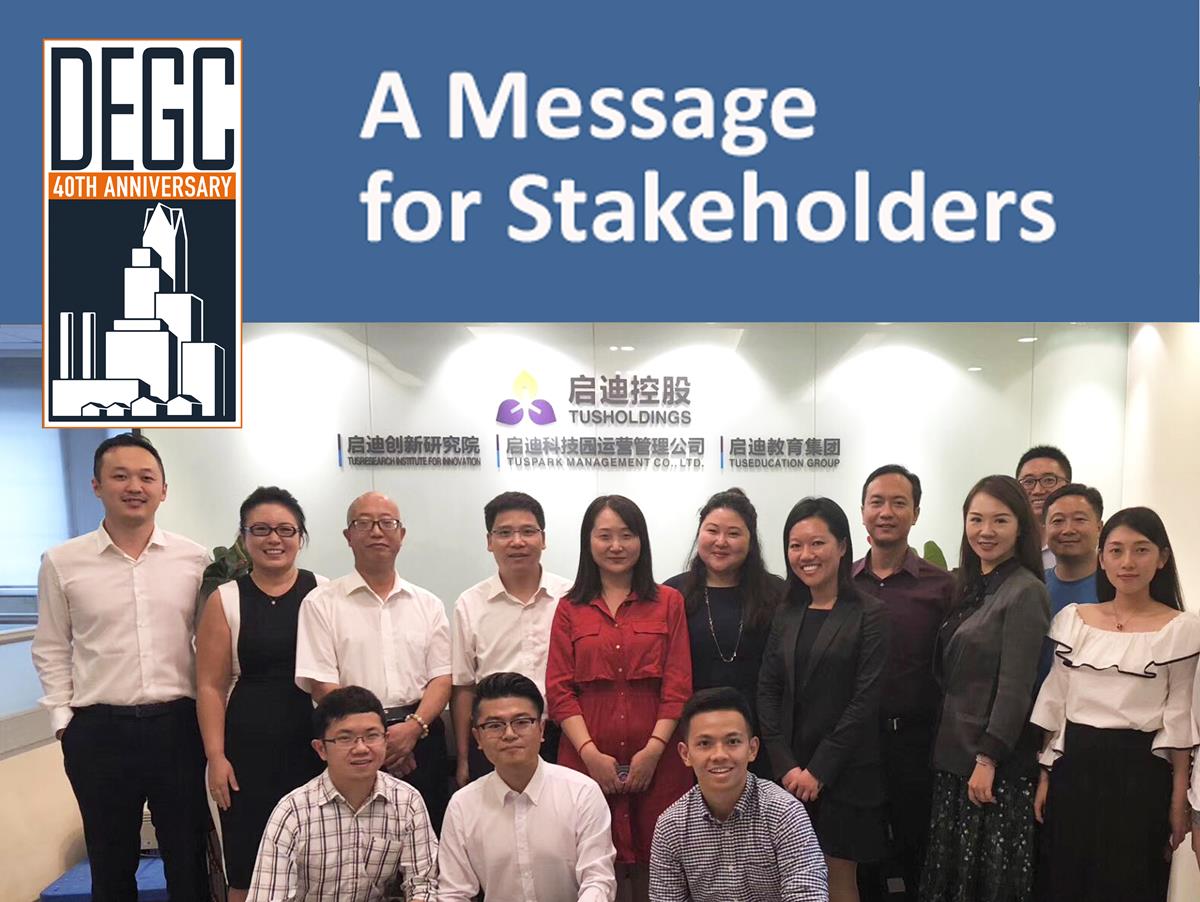 DEGC travels to China to promote foreign investment in Detroit

As the fastest growing economy in the world with a $23 trillion market size, China presents tremendous economic development opportunities for Detroit. Since 2011, Chinese companies have invested $1.21 billion in Michigan, resulting in 6,304 jobs. In 2018, Michigan ranked third in the nation for the number of investment projects from China, and first in the Midwest for the number of jobs created by Chinese investment. China is also Michigan’s third largest export partner, following Canada and Mexico.

Our team met with executives from nine diverse companies in eight cities across China. These prospects have a real interest in investing and expanding in Detroit. With some of these businesses, we have existing relationships, which allows us to build on our work and nurture further investment in our city.

Johnson also participated in the World Economic Forum in Tianjin and was a featured speaker at panels on mobility and entrepreneurship. In doing so, DEGC makes a strong case for building ties with foreign companies and illustrated Detroit’s confidence and determination in welcoming foreign direct investment.

Marketing Detroit on a global stage takes time and persistence. This trade mission marks DEGC’s fourth trip to China and provides us a roadmap for continuing business attraction efforts in China including:

– Solidifying and enhancing relationships with key government units, business leaders, and associations critical for attracting Chinese investments to the city
of Detroit.
– Advanced industries such as artificial intelligence, electric vehicles, and autonomous vehicles where there is the highest potential to transform Detroit’s
foreign direct investment ecosystem.
– Attracting Chinese investment, a complex process that requires engaging local, regional and global partners over an extended period of time.
– Reinforcing Detroit’s future-forward brand and its vitality in conveying Detroit’s value proposition to Chinese stakeholders.

DEGC will continue this important work to build a proactive international pipeline of corporate prospects. We invite those interested in investing in Detroit to visit our website. DEGC thanks our partners Michigan Economic Development Corporation and Michigan China Innovation Center for collaborating on foreign direct investment efforts and making this trip successful.

1. Kevin Johnson, president & CEO, participated in mobility panel hosted by the New York Times. Learn more about what he had to say here.
2. Mayor Duggan and Mayor Bloomberg are meeting this Friday to discuss Detroit’s small business ecosystem in Round 3 Motor City Match business, The Commons.
3. We’ll be celebrating Flex-N-Gate’s new facility on Monday, October 8. Flex-N-Gate is expected to create hundreds of jobs for Detroiters.
4. Celebrate national pizza month by visiting Round 8 Motor City Match winner PizzaPlex, and picking up one of their authentic Italian-style pies.
5. This week, we remember the life of former DEGC chairman William C. Brooks. Brooks passed away on Thursday, October 3 at the age of 85.