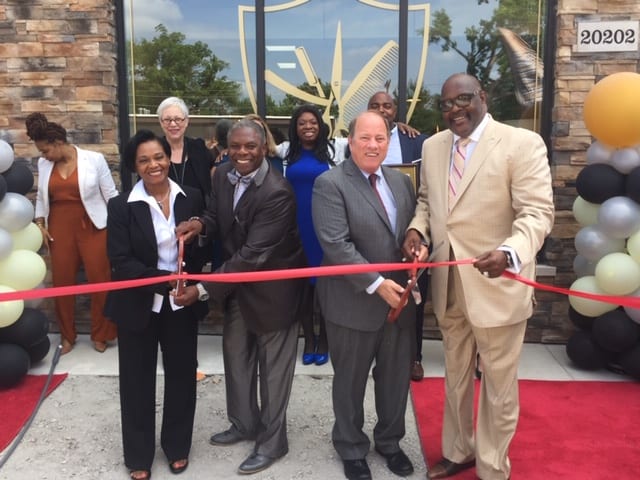 Shears & Shaves won a total of $87,000 in grants through several rounds of Motor City Match tracks and received a $300,000 loan from Invest Detroit. The shop focuses on luxury grooming and spa services for men and women, including haircuts, coloring, styling, nail care, skin care, massage, aromatherapy and shoe shining as well as beard and mustache shaves and trims.

“My longtime dream of creating a neighborhood barber and spa where people and families come together for community and camaraderie has been realized,” she said following the grand opening.