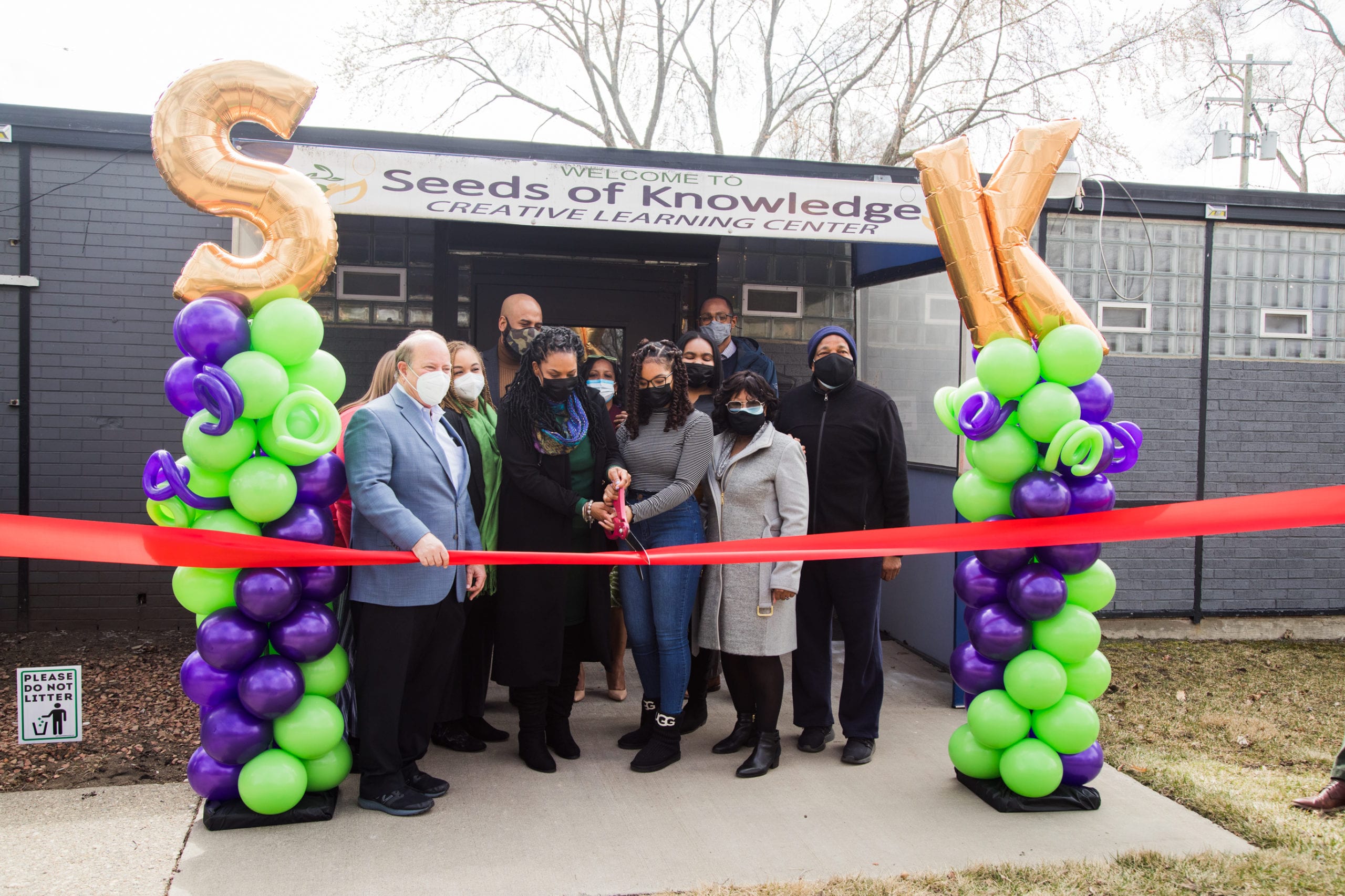 Located at 15101 W. McNichols Rd., Seeds of Knowledge was awarded $50,000 from MCM in September 2019. It is a multi-faceted child development center offering preschool, virtual learning, after-school programming, and early literacy services to children beginning at six weeks of age.

McGowan said Seeds of Knowledge exposes children to inquiry-based science, creative exploration, hands-on activities, and social and environmental awareness. This allows her team to address foundational gaps in a child’s development, so that all students are “beyond prepared” to continue their learning.

“There is no greater calling than preparing our children for the future and Seeds of Knowledge is going to be a great community resource for Detroit families,” said Mayor Mike Duggan. “ChaVonne and her team are preparing the children they serve to be successful throughout their future education and in life and we’re so glad she chose to open her business here in Detroit.”

The child development center opened its doors in January 2020 but closed two months later due to the COVID-19 crisis. Seeds of Knowledge reopened in July and has since been operating at 50-percent capacity, which is 20 children. Child safety is McGowan’s top concern and will inform her full reopening plans. McGowan said parents are asking that she expand her business to accommodate the growing wait list.

“This school was formed because of my passion for teaching children of all ages,” said McGowan. “As a professional educator, principal, coach and mom, I’ve been making an impact on children’s lives for over 20 years. My goal is to plant the seeds for a lifetime of learning while providing a place where children can discover the world.”

McGowan said she is fulfilling a lifelong dream and thanks the MCM cash grant for enabling her to create a nurturing learning space.

“In addition to the MCM cash grant, the MCM team connected me with additional resources to help me survive the COVID crisis,” she said. “MCM has provided an extra layer of confidence in ensuring that my new business would be successful.”

Seeds of Knowledge is one of 111 open Motor City Match businesses that received cash grants from the program. Of those businesses, 81 percent are minority-owned, 71 percent are women-owned and 64 percent are owned by Detroit residents. The program continues to have a large and positive impact on Detroit’s small business community, including:

“Motor City Match continues to have a tremendous impact on Detroit,” said Johnson. “Because of MCM more Detroiters are on a path to economic mobility, have been given a chance to pursue their passions, and have access to goods and services in their neighborhoods. We are using all of our MCM learnings to create even stronger support for Detroit’s small business community – the heartbeat of our City.”

Motor City Match is a unique partnership between the City of Detroit, the Detroit Economic Growth Corporation (DEGC), the Economic Development Corporation of the City of Detroit (EDC) and the U.S. Department of Housing and Urban Development (HUD). Competitive financial assistance is supported by a broad partnership of Southeast Michigan community development financial institutions and corporations. Detroit Economic Growth Corporation is a non-profit organization that serves as the lead implementing agency for business retention, attraction and economic development initiatives in Detroit.