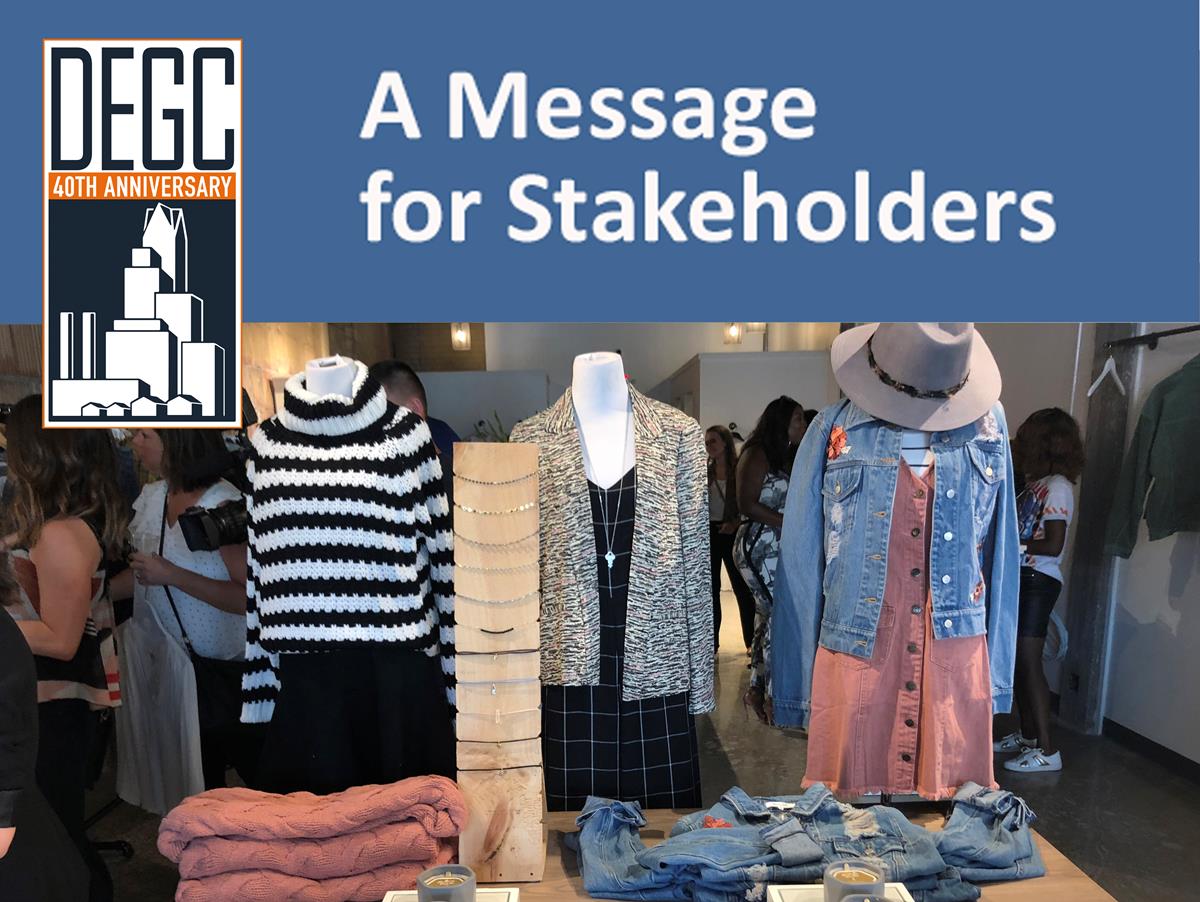 The area known as Detroit’s “New Center” was once one of our nation’s wealthiest neighborhoods – home to General Motors, Fisher Body, and the buildings of Albert Kahn. The rapidly growing auto industry of the 1920s and ‘30s attracted a variety of commerce – high-end dining such as Lilli’s and Topinka’s, retail shops, entertainment and hotels.

MCM Round 10 winner Ferne Boutique opened to the public Aug. 24, at 6529 Woodward Ave. This is owner Laura Horwath’s second store and first in Detroit. Founded in Bay City in 2015, Ferne Boutique’s mission is to provide a friendly and comfortable environment where women of all ages can feel confident and empowered while shopping. The 1,500 sq. ft. boutique has created jobs for two new employees, one of which is a Detroit resident, with plans to hire an additional employee in the new year. With Horwath hand selecting the contemporary styles featured at Ferne Boutique, the store fills a high demand for women’s retail clothing in the city.

Nostalgia and history inspired Horwath to open near the intersection of Woodward Avenue and East Grand Boulevard, as did the area’s new energy. Horwath, a former advertising and sales executive, dipped her toe into Detroit retail via pop-up ventures in Downtown Detroit Markets.

“I think the pop-ups have really helped me to grow in Detroit, get my feet wet and understand the people and tourism going on,” Horwath said. “It was always in the back of my mind that I wanted to be in Detroit.”

To date, 41 MCM businesses have opened since the program’s start three years ago. The program has assisted more than 1,000 entrepreneurs on their journey from “idea to open,” awarding $6M in cash grants to 139 businesses in 29 of Detroit’s neighborhoods. Other business owners have received a variety of additional critical services, including finance workshops, design, technical and business planning assistance, and business/building matchmaking.

The result is nearly $40 million in neighborhood investment.

And there’s much more to come. Ferne Boutique is just the first of four MCM businesses opening in the New Center area in the coming months. The other three businesses include:

Working closely with the city of Detroit, funders and other support organizations, DEGC’s Small Business Team is rebuilding Detroit’s legacy of entrepreneurialism by creating an ecosystem that supports neighborhood commerce.