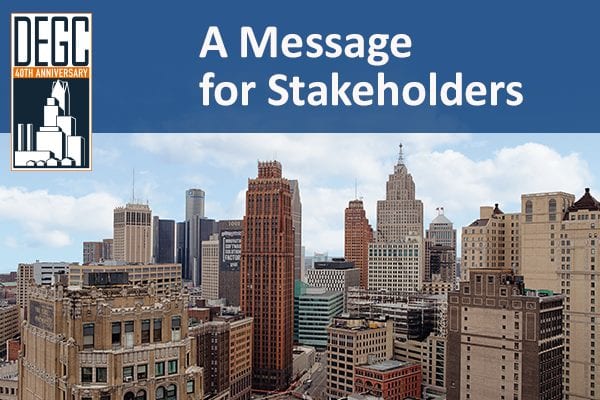 Businesses and developers interested in doing business in Detroit have a new tool that could make their investment more profitable and help them more easily secure capital. This new federal program will provide a deferment, or in some instances an exclusion, from capital gains tax to developers who invest in designated areas through an Opportunity Fund. Qualifying low-income census tracts with a poverty rate of at least 20 percent are eligible to be designated as an “Opportunity Zone.”

The state of Michigan has submitted its application to designate 288 census tracts as Opportunity Zones. Of the total, 70 Zones reside in the city of Detroit.

The 70 zones in the city are aligned with:
• The city of Detroit’s neighborhood planning areas
• Other areas with high growth potential
• Industrial corridors

Here’s how it works: areas with the potential for immediate and tangible projects are targeted. That’s because the new incentive is intended to catalyze development – residential, commercial and business – and support projects being planned. This is one way Opportunity Zones are different from other tax incentives. They are market driven and do not provide upfront cash relief. Instead, the program provides a deferral or, in some instances, exclusion from capital gains tax for certain investments made through Opportunity Funds. This incentive is designed to provide the most upside to those who hold their investment for 10 years, and could increase the anticipated return on a project between two and four percent.

According to LISC, U. S. investors currently hold $2.3 trillion in unrealized capital gains, representing a significant untapped resource for economic development. Opportunity Funds will allow investors throughout the country to deploy their resources as Opportunity Zone investments.

These investments can tip the scales to attract developers for projects in the Zones with the potential to yield a competitive return. In doing so, Opportunity Zones bolster growing neighborhoods and create development that can spill into surrounding areas.

In identifying the Opportunity Zones, the Detroit Economic Growth Corporation (DEGC) staff worked with the city of Detroit and state of Michigan to create an equitable and targeted investment footprint across the city. As a result, neighborhood commercial corridors with anticipated mixed use and commercial development have been designated. This strategy supports and broadens Detroit’s resurgence by aligning these incentives within strong investment potential.

The greater downtown was also selected as an Opportunity Zone, because it is still an emerging market when compared to other major metropolitan areas. Including downtown as an Opportunity Zone will position the state’s urban core to compete nationally for capital. This will further allow public agencies and other funders to focus gap funds on neighborhood projects.

The U.S. Treasury Department is expected to make a final decision on the state’s nominated zones within the next 30 days. The DEGC will continue to monitor the release of further guidance to keep our stakeholders informed, and further guidance on how investment in Opportunity Zones can be facilitated, including the process for designating Opportunity Funds.

This new tool could significantly help businesses and developers raise capital to invest in Detroit. It increases the attractiveness of equity investments in the urban core, larger neighborhood-based projects and industrial development. For business or real estate projects that didn’t have competitive returns, the incentive will provide stronger returns and attract more interest in Detroit.