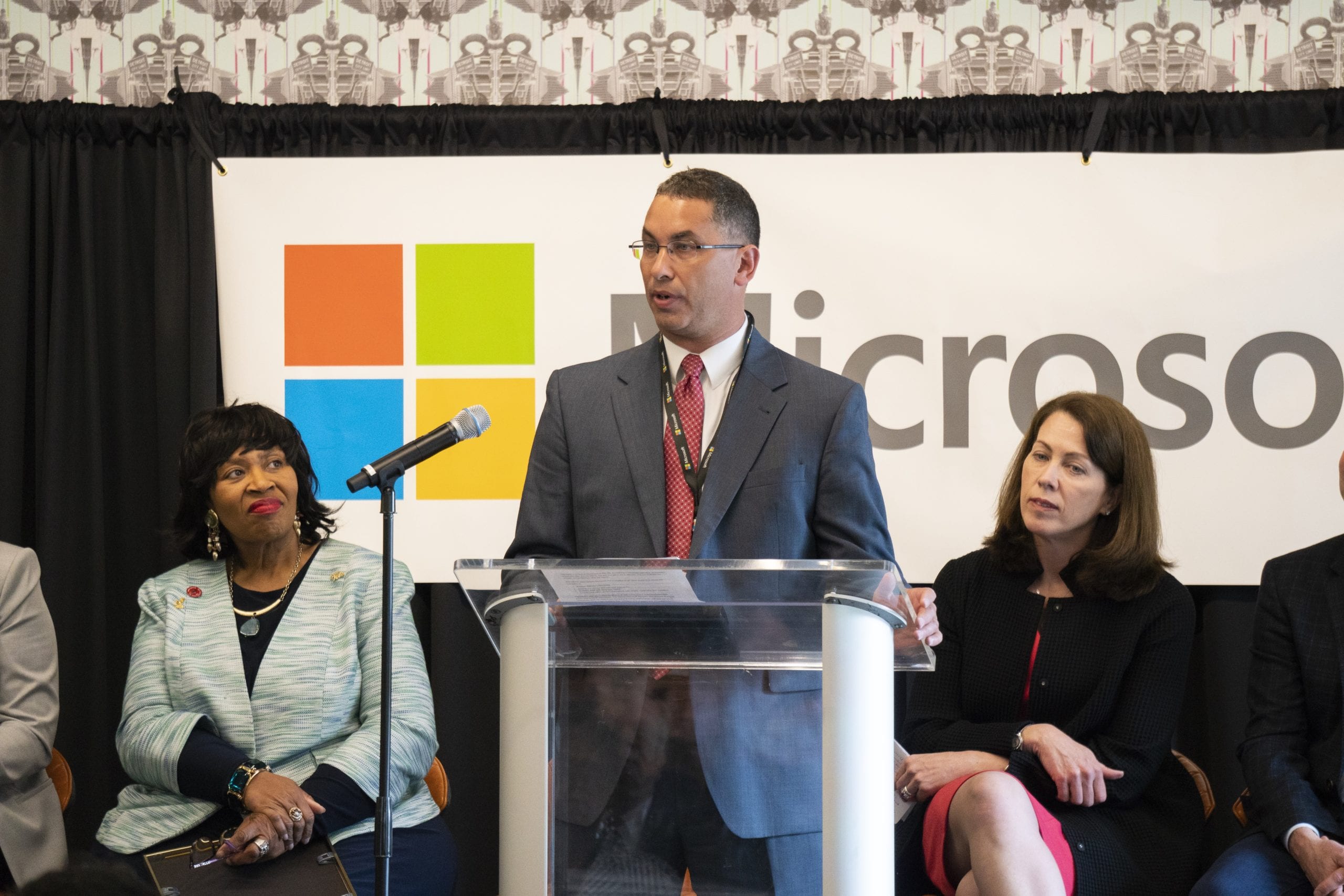 I never tire of welcoming new businesses to Detroit – it’s something the DEGC has been doing a lot of lately and something we excel at. Whether it’s local entrepreneurs starting new businesses in our neighborhoods, or global companies moving into the city, Detroit is open for business. That’s because it takes businesses of all types and sizes to fully transform and maximize our economy.

Last week, I had the honor of representing the DEGC at the official opening of Microsoft’s new regional headquarters in downtown Detroit. Along with Detroit City Council President Brenda Jones, Microsoft’s Kate Johnson and Tracy Galloway, Bedrock’s Jim Ketai and others, we cut the ribbon on Microsoft’s 50,000-square-foot office in One Campus Martius. Roughly 450 employees will staff Microsoft’s innovative and creative center, which features eight different collaboration rooms and design spaces.

At the opening, Jim mentioned that it’s a real game changer to have Microsoft here in Detroit’s urban core, and I echo that sentiment. The Microsoft office will serve as an invitation to other tech companies to be a part of Detroit’s growing technology cluster, what some have called the Silicon Valley of the Midwest.

Microsoft’s move is, in part, thanks to the work of our immensely talented Business Development team. Executive Vice President Peter Chapman, and the rest of his BD team – especially Director Mark Denson – have helped to attract other tech industry giants such as LinkedIn and Google, in addition to launching homegrown startups as well.
We have a unique environment in the city, something businesses can’t find or recreate anywhere else. It’s our fabric, our grit, our resilience, our get-it-done attitude, and you find it in our people, our properties, and our hearts.

The DEGC team helped Microsoft find a location in an ideal space that allows the company to:
• Engage with our community
• Access our vibrant and low-cost downtown
• Position itself with area tech talent
• Locate near other anchor institutions with similar customers and suppliers

What our team did for Microsoft is all a part of the behind-the-curtain work we do to help businesses make a case for Detroit, through:
• Advocating for Microsoft with City Council;
• Introducing their leadership to local executives;
• Helping Microsoft navigate and procure financial incentives;
• Crafting relationships with key non-profit organizations to help Microsoft begin building their outreach and engagement.

The DEGC looks forward to continuing to work with Microsoft and to supporting its growth in this market. Working collaboratively, we can solidify Detroit as a flourishing leader in the technology industry.