What does the LDFA do?

The LDFA was established pursuant to Michigan Public Act 281 of 1986, as amended, which has been recodified into Michigan Public Act 57 of 2018, to prevent conditions of unemployment and promotes growth in Detroit. The LDFA has the ability to support projects such as industrial facility revitalizations, technology park development, streetscape improvements and more. Funding comes from grants and taxes collected as a result of new growth within the new development areas.

The LDFA undertook the Jefferson/Connor Industrial Revitalization Project on the city’s east side to assist Chrysler Corporation in creating jobs and constructing a new manufacturing facility. (Link to TIF Plan) The LDFA has also obtained grant funding from the State of Michigan to support the Wayne State University Technology Park, the William G. Milliken State Park, and the streetscape improvements in the Lower Woodward and University Cultural Center Association areas.

The LDFA is governed by its Board of Directors, whose members are, with certain exceptions, appointed by the mayor subject to the consent of City Council. 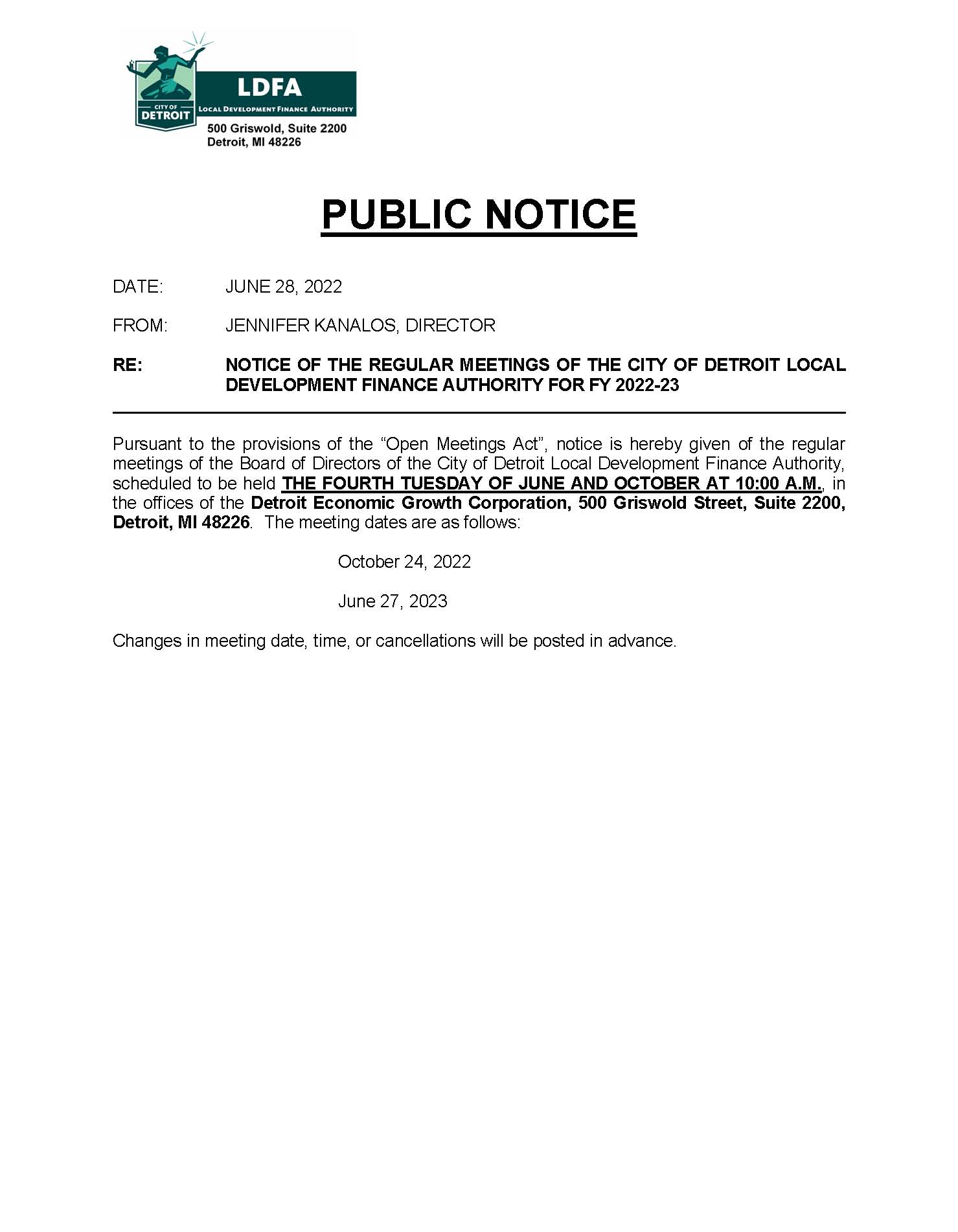 NOTICE OF THE DECEMBER 19, 2022 PUBLIC INFORMATIONAL MEETING NO. 2

NOTICE OF THE NOVEMBER 16, 2022 PUBLIC INFORMATIONAL MEETING NO. 1

OCTOBER 25, 2022 BOARD MEETING NOTICE AND AGENDA

Let Us Help You With Local Development Financing