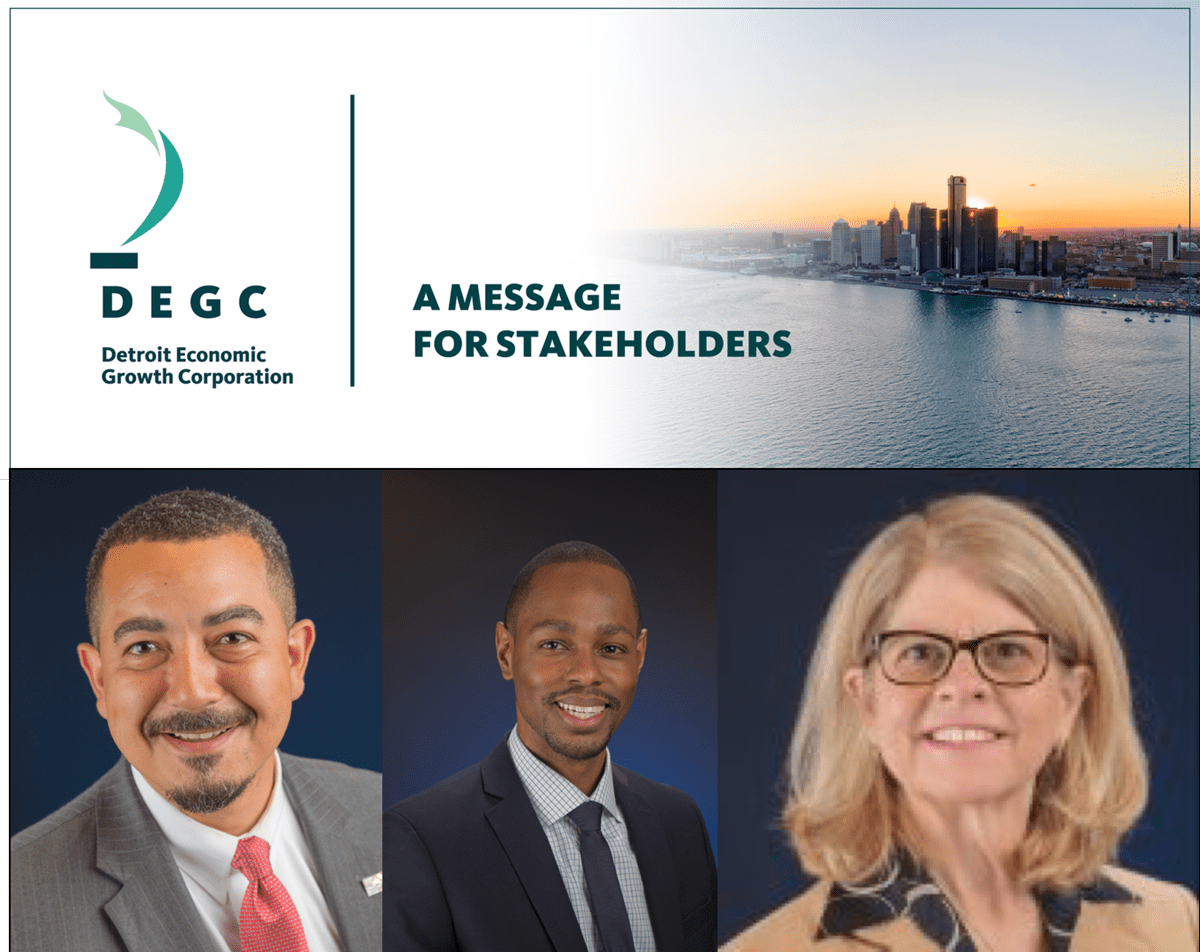 I am happy to announce the following organizational changes at the DEGC.

Mike Rafferty, vice president, Small Business Services since 2016, has accepted a new opportunity and will be leaving the DEGC on May 14, 2019. Under Mike’s leadership, the Motor City Match and Motor City Re-Store programs have increased retail density and walkability in Detroit’s commercial corridors. Alongside Mayor Mike Duggan, he also launched the District Business Liaison program helping Detroit business owners obtain the resources needed to flourish. We are all very grateful for his service to DEGC and City of Detroit. Our best wishes are with Mike in this new endeavor.

In Mike’s stead, Pierre Batton has been promoted to interim vice president, Small Business Services. Pierre joined DEGC last year to lead our Motor City Re-Store program and was quickly promoted to senior program manager, assuming responsibility for Motor City Match. Prior to joining our team, he oversaw the Neighborhood Opportunity Fund for the City of Detroit. Additionally, Pierre previously worked for ProsperUs Detroit and the State of Michigan, where he was responsible for the mobile office initiative under former Secretary of State Ruth Johnson. He has an impressive and extensive educational background, including a master’s degree in urban planning from the University of Michigan. Pierre resides in Detroit with his wife.

Charlotte Fisher, director, Marketing and Communications, has been promoted to vice president, Marketing and Communications. Charlotte joined the organization in August 2017 and was tasked with creating a unified communications strategy for the DEGC. She has helped increase organizational awareness among a variety of influential audiences through the use of earned and social media. She is leading the rollout of DEGC’s new visual identity and bringing the organization’s new brand to market. Charlotte is a graduate of Michigan State University where she earned a bachelor’s degree in journalism, and the University of Michigan where she obtained her MBA.

Please join me in congratulating Mike, Pierre and Charlotte. I am very pleased to support all three of our colleagues as they grow in their professions. We wish Mike all the best, and I look forward to continuing to strengthen the DEGC and the City of Detroit alongside Pierre and Charlotte.