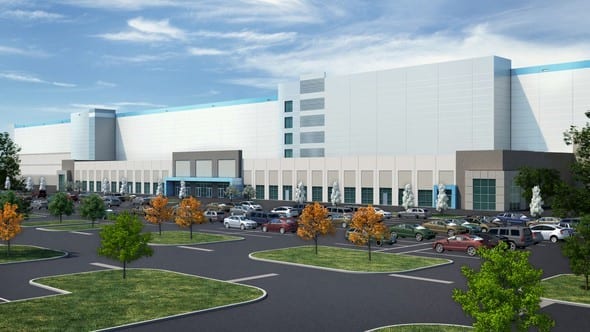 A goal of economic development in the city of Detroit is to provide jobs for Detroit residents. It is a goal that, under the direction of our Mayor, brings together many partners to facilitate complicated deals that require extensive due diligence on environmental, land, financial and community issues. The result of those efforts are tangible benefits for the city and its residents.

On the heels of the major development announcement from FCA, Mayor Duggan announced a potential deal with Hillwood Investment Properties and Detroit-based Sterling Group to purchase and develop the former State Fairgrounds, bringing even more jobs and opportunities for the residents of Detroit. Hillwood is currently in negotiations with Amazon to potentially be the first anchor tenant at the Fairgrounds, which could result in 1,200 new full-time jobs. Amazon could occupy approximately half of the 142-acre site, which has been largely vacant and unused since the State Fair left in 2009. The developer also plans to redevelop the remaining 70 acres with auto parts suppliers or other job generators as well as a new DDOT transit center.

“Announcing this deal during these difficult times is particularly rewarding,” said Kevin Johnson, President and CEO of the DEGC. “The State Fairgrounds site has long offered a tremendous opportunity to bring jobs and development to the city. This type of deal can create the inclusive, revitalized neighborhoods that are core to a successful city.”

What makes this deal particularly exciting is that it was approached with a 360-degree view on neighborhood revitalization. The development of long-abandoned land, the prospect of what may be more than 2,000 jobs, adding community services with a new state-of-the art transit center, allowing for landscaping and buffers between commercial and new residential space, and creating opportunities for new small business developments all result in a comprehensive, inclusive development.

In addition to its customized training programs to prepare Detroiters for the potential jobs, Detroit at Work is piloting an Entrepreneurship Training Academy for aspiring entrepreneurs to learn more about what it takes to start, operate and maintain a small business, whether they are interested in Amazon or have their own idea.

This announcement and the months and months of work to secure this opportunity was summed up best by one of the local residents who spoke at the Mayor’s press conference when he said: “Thank you for bringing me good neighbors.”